Narcissism is of such epidemic proportions that it was actually considered for elimination as a diagnostic category in the DSM V. [1]  Simply put, narcissism is having a pathological focus on one’s own self. “Pathological” in this case means that it is causing unnecessary suffering to one’s self and to others.  Narcissism exists on a continuum from those who would fit the old psychiatric definition of Narcissistic Personality Disorder possessing a megalomaniacal sense of self-importance to the average self-absorption that is so prevalent in culture. 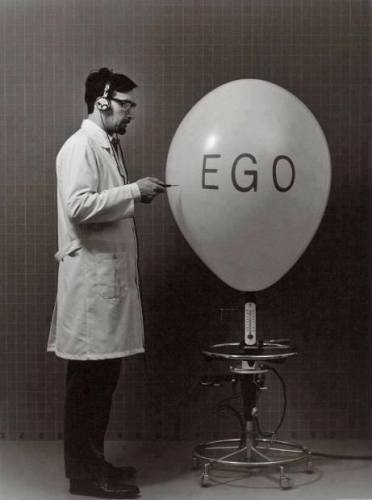 Consciousness is a field of infinite proportion. In narcissism, the ego focuses that field exclusively on the finite personal dimension of experience in a way that results in a greatly overinflated sense of self. Consciousness is the fuel that turns potential into reality and what we focus consciousness on we give life to. Hence, a narcissist acts exclusively from a selfish motive seeing everything and everyone as a two dimensional cardboard cut out, a reflection of his own self that exists merely to meet his own needs. Narcissism is present when one’s attention is focused relatively more on the voice in his own head than he is on the words coming out of the mouth of the person he is listening to. I wager that it is a common experience for most people, when having a conversation, to be impatient for the other party to stop speaking in order to have a chance to give their own opinion. I recognized long ago that when I teach, most students are listening to what they are thinking about what I’m saying rather than actually dropping everything and listening to me.

One of the most glaring instances of narcissism that I’ve ever seen was in a female patient who was relating to me how she had just found out that her brother was diagnosed with lymphoma. She was crying and clearly distraught. I told her how sorry I was for him and that I wished for the best possible outcome. Her response was, “Do you have any idea what this is going to mean for me?! I’m going to have to watch his children, help with shopping, I just don’t have the time.”

While there is likely some fine line between a clinically defined narcissist and the rest of us, it has been revealed in my own experience that most of us place an undue amount of attention on our own thoughts and feelings. Narcissism is inherent in the movement of mind to identify with a thought or feeling and imbue it with significance just because “I” am the one who happens to be having it. Yet, if anyone else were to verbalize that thought or feeling in my presence I might treat it with disregard or perhaps even take offense.  The notion that “it’s my thought, it is my feeling, and therefore has significance” lies at the root of narcissism.

It can be helpful to consider the emergence of narcissism in an evolutionary context. Painting in broad strokes we can imagine that consciousness, having involved itself in the project of creation, forgot itself during 14 billion years of pushing through dead matter. [2]  In the not too distant past, the earliest humans, like animals, were entirely embedded within nature possessing no sense of a unique self that was in any way separate from it. The dawning of self-reflective awareness imparted to humanity the unique capacity to step back and see itself thus granting the capacity for self-reflection (“I know, that I know, that I know”). As culture has evolved, humans have become increasingly disembedded from their surroundings gaining the capacity to see themselves as separate and distinct from the rest of nature. 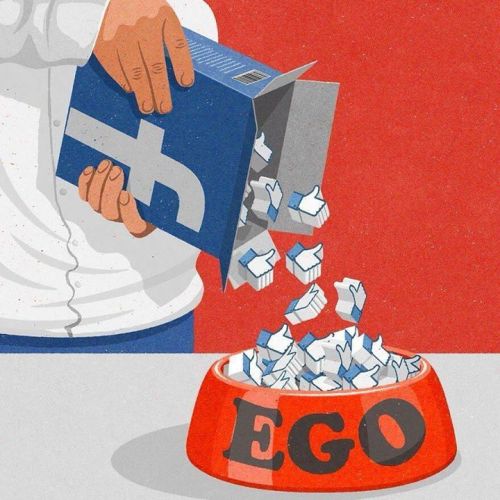 It’s interesting to ponder that we who buy food in stores (I can get strawberries in February), and have thermostats in our homes and cars, are more disembedded from nature than anyone who has previously lived. At the level of culture that I’m pointing to, the individual is far more embedded in culture as an unconscious influence than he is in nature. And, his experience is at least as much, if not more, mediated by culture than it is by nature.

The Daoists recognized this movement away from nature depicting the ancient sages as wild animals. They wrote about civilization (a swipe at the Confucians) as a fall from the virtue (de: 德) and spontaneity (ziran: 自然) inherent in nature. [3] This same theme is present in the biblical creation story of Adam and Eve gaining self-knowledge to be cast from Eden.

Descartes’ statement, “I think therefore I am,” is a powerful expression of the mind seeing itself as the center of the universe.  This recognition formed the basis of scientific rationalism establishing the ground for humans to disembed themselves from the superstitions and myths inherent in the great traditions. With the advent of modernism, the human relationship to self and other became singularly abstract as reductionist and materialist science conceived of human beings as soft machines. The objectification of humanity reached its peak in the holocaust, a movement facilitated by the advent of technology, mass transportation, and fueled by ethnocentric-nationalism. The objectification of nature has resulted in perhaps irreversible devastation to the environment.

After the Second World War the “baby boomers” were raised by parents determined that their children would never know the suffering and sacrifice that they endured in defeating Germany. Such a perspective is understandable yet, in protecting a generation from suffering, they also deprived these children of the value of having to sacrifice for any cause greater than the avoidance of fears and pursuit of their own ego’s desires.

A common refrain is to tell children, “it’s your life, you can do anything you want to do and be anything you want to be. The world is your oyster.” [4] Children who accomplish something are told how talented and special they are rather than being rewarded based on how hard they worked for their attainment. The emphasis is on engendering “self-esteem” rather than a felt sense of responsibility for exerting right effort.  Children are given awards just for showing up rather than for excelling. It’s a natural response for any parent to look into his child’s eyes and see the “most beautiful baby that’s ever been born.” For the sake of perspective we might acknowledge that such a response is little more than the mind identifying with primitive psychic structures arising from deeply ingrained biological conditioning. When we are awake to the reality of oneness, we become aware that there is only one child. [5]

The flowering of postmodernism in the 1960s ushered in the era of civil rights, the celebration of diversity, and the idea that the unique individual is the ultimate expression of universal development. The creed, “you have your truth, I have my truth, and nobody knows the truth” conveys relativism as an ultimate principle. [6] Einstein’s theory of relativity, that all perception is relative to the perceiver, has become distorted into the perspective that each individual is living in his own universe, a universe that is a projection of his own mind with no external reality having its own independent existence, validity, or truth. There is no further distance that individual consciousness can become disembedded from matter than to see itself as the center and creator of its own unique reality. So stuck in our heads, the mind comes to see even one’s own body as “other” leading to a fundamental schism of identity with dire consequences for health in self, culture, and the biosphere. It strikes me as ironic that psychotherapy has been the predominant form of healing for the last century in the affluent classes. Ironic because much therapy significantly focused on encouraging the individual to talk about himself in a way that profoundly reinforces the ego’s illusion of being unique, special, and defined by one’s wound.

At higher holistic and integral levels of development, evolution comes full circle with the emergence of advanced systems theory and a greater appreciation of the interrelationship between the one and the many. [7] Having gone as far as possible in disembedding itself from matter, the cyclic movement is for consciousness to transcend the illusion of the personal, awaken to universal dimensions of the self, and become interested in the higher potentials of intimacy, and collective emergence. A significant dimension of healing postmodern patients rests in doing everything necessary to rivet attention off of the personal sphere long enough for them to become aware of the deeper and higher dimensions of the self. [8] The good news is that, if one can succeed in doing this for a trillionth of a second, that can be long enough to establish an entirely different context within the patient’s view of “self.” A context so radically different, so not self-centered, that it can potentially reframe his entire life experience. The bad news is, of course, that getting the ego’s attention off the personal is impossible. Why? Because in my definition of the term, “ego” is the force that focuses awareness exclusively on the personal sphere of experience and denies the deeper and higher dimensions of the self such as soul, conscience, and spirit.

Perhaps the most nuanced skill in medicine is cultivating the capacity to work with the patient’s authentic self, that part of him that is universal in dimension, unwounded, not victimized, and expresses itself as a greater care for the whole. As practitioners, we’ll only ever be able to do that with another to the precise degree that we’ve transcended our own narcissism to embrace those deeper and higher dimensions of the self.

[1] The Diagnostic and Statistical Manual of Mental Disorders (DSM) is the standard classification of mental disorders used by mental health professionals in the United States.

[3] Hence the Confucian virtue of “benevolence” (ren: 仁) was discussed as a step away from the Daoist virtue of de (德).

[5] This sentiment was beautifully expressed by an Israeli friend who noted on Facebook that he cares much more when he hears that an Israeli child has been killed than when he hears of a Palestinian child’s death. He discussed the need to grapple with this discrepancy in light of his recognition that the value of either child’s life is equal. Interestingly, his revelation drew the ire of a Confucian scholar who cited Confucius’ elaboration of natural relationships between parents and children to justify his ethnocentric response. Suffice it to say that, while Confucianism had many admirable qualities, it was based in a strongly ethnocentric and mytho-centric form of consciousness and strongly upheld what we now understand to be an oppressive dominator hierarchy.

[6] For people not yet at a pluralistic level of development such a realization would represent a step forward. For example, the world would benefit greatly if fundamentalists of any ilk could hold multiple perspectives simultaneously and appreciate their relative truths.

[7] When I talk of “advanced systems theory” I’m referring, for example, to our capacity to recognize the Five-element system in holographic and integral terms, our conception of the world as Gaia, a living organism, and all the multivariate analysis of cultural, economic, biological, and political dynamics and outcomes.

[8] Note that in people at previous stages of development experiencing themselves as separate and distinct individuals represents their step forward. 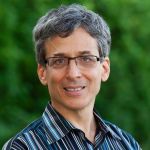