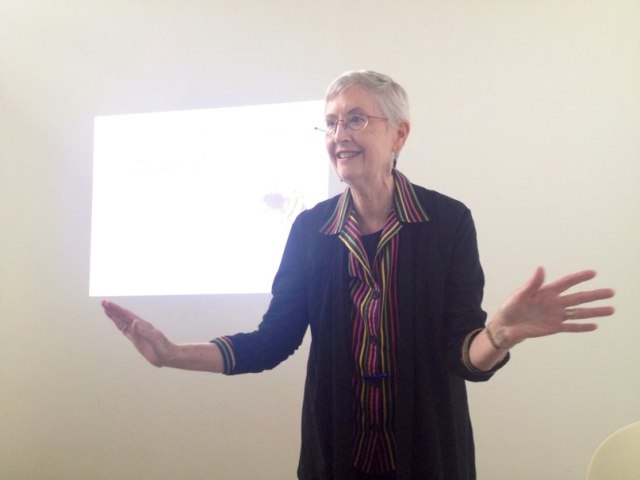 Have you noticed that news reports of war or rumours of war like to point at countries that are on the cusp of disruption or hostility because it is the traditional “big news” story on the global stage? Nevertheless, as I observe the situations of emerging hostility between nations, I see a pattern where cities are the flash points of anger, fear and concern within nations — and if these dissonances are not addressed — become the potential trigger points for inflaming the rest of the country – making it dysfunctional because of internal dis-ease and thus exposed to many kinds of external threats.

Searching for the science of cities, when I first published Integral City: Evolutionary Intelligences for the Human Hive, in 2008, I pointed to Living Systems as a source and framework that gives us lenses to understand the behaviours of cities as living systems. Biologist, Jared Diamond had outlined the long view of what makes societies survive or Collapse and Buzz Holling and colleagues had proposed how resilience emerges in all living systems through a natural Panarchy cycle of four stages of change.

Fast forward six years and we can add to these sciences a contribution from physics via Geoffrey West’s proposition that cities concentrate material wealth that generates real economies of scale in energetic functions, as well as amplifies creative capacities (both outcomes demonstrating a non-linear order of about 15% reduction or increase respectively).

All of this science is only comprehensible through a metaview of human systems, offered by an integral perspective. With an integral framing the scientific constructs can be interpreted through the four lenses (quadrants) of human intention (UL), behavior (UR), cultures (LL) and organizing structures (LR).  Within each of these quadrants, individual lines of intelligence have emerged, maturing at different rates (or not at all) as inherited propensities and life conditions. Moreover the integral perspective offers us a lineage of human evolution (that is also reflected in individual development) where the whole person (as well as his/her quadrants and lines)  embraces increasing circles of care and compassion, growing capacities from egocentric to ethnocentric to world centric to kosmocentric – and thereby producing the waves of human development we call traditional, modern, postmodern and integral.

The elegance of the integral framing of the human condition is that it is fractal and can be applied at all levels of scale from individuals, to families, teams, organizations, communities, cities, (nations) and eco-regions. Ironically, this model then offers us not only a map for humans to track their developmental capacities but also to recognize the zones of greatest probable dissonance. For it is precisely between the quadrants, circles of care and scales of human enterprise that eruptions are most likely to occur. In these zones, the realities of human existence rub against each other like tectonic plates causing volcanic eruptions of angry worldviews (think of the Middle East), earthquakes of lost territory and despair (remember Rwanda) and tsunamis of overwhelming forces (consider colonizers of all stripes).

Returning to Diamond’s Collapse proposition where the key elements that impact a society’s survival include: climate, geography, internal culture, friendly neighbours/trading partners and hostile neighbours/trading partners, I would propose that precisely these elements are the deciding factors on whether a city survives or collapses. They are the underlying factors that enable the phenomenon that West points to – that cities outlive organizations. I would also propose the corollary, that cities outlive countries and nations – and their association as federations of concentrated urban life and resources, within nations, gives them particular power that is seldom recognized by their own nations until they trigger national instabilities.

The almost universal ignorance by nations that they are only as strong as their weakest cities has been sustained by the great success of cities themselves. As social holons (where a collective centre of gravity emerges from the interaction of individuals and their organizations), cities have mirrored the smaller scales of individual human development, maturing through stages of ego-self-centredness to ethno-nation-centredness. They have done so within the context of Jared’s climate, geography, friendly/hostile national relationships and most especially from their own internal city cultures. And those cities who have negotiated Diamond’s elements most effectively, have now entered a stage of world-centredness that has been enabled by the technologies produced by modernity. These technologies have built global bridges that link many lines of development between and within cities – but it is sadly lacking any capacity for awareness of what makes individual cities whole and well, or an awareness of how cities contribute not just to national prosperity but to global sustainability and resilience.

The digital communication technologies especially have impacted the very qualities of the interstitial zones where quadrants, lines, levels and scales rub against each other. In the traditional pre-modern era(s) those boundaries were usually fixed and closed, monitored by rigid agreements, treaties, militaries and border patrols on the global map. But modern technology has unceremoniously (and generally without asking permission) transformed those boundaries into porous, uncertain and unstable membranes that challenge the functionality of the systems they contain. Nations are especially susceptible to these boundary breaches (aka challenges) – not so much by the incursion of hostile external neighbours (as in traditional times) – but because of the disintegration of inner cultural certainties. Within the densest centres of human settlement, all the assumptions that were the city’s former status quo have been disrupted by the in-migration of multiple cultures from rural and other countries of the world. (In the developed world, cities hold 90% of the population, while the global average for cities as core population centres now exceeds 50%).

To a nation, cities are like organs of a living system. Traditionally cities are connected most tightly internally (like organ systems) – where the city mirrors, manages and adapts to the smaller scales of human systems within it. They then are most connected with their trading partners who supply the resources (that West has identified), build its infrastructures, feed its energy and enable creativity. Traditionally those linkages came from other cities within the same nation (or a mother nation) but now we are in an era where cities (in democratic countries) are totally unconstrained to resource themselves from anywhere in the world – including from countries whom their own nation considers hostile.

Thus we live at a time when cities have great power to undermine the stability of nations (from which cities have gained much of their cultural life conditions), but national governance systems have largely shortchanged the capacity of cities to govern themselves to optimize their wellbeing. The tensions are becoming intolerable – and nations need to wake up to the strange possibility that cities may hold the upper hand in the survival game. 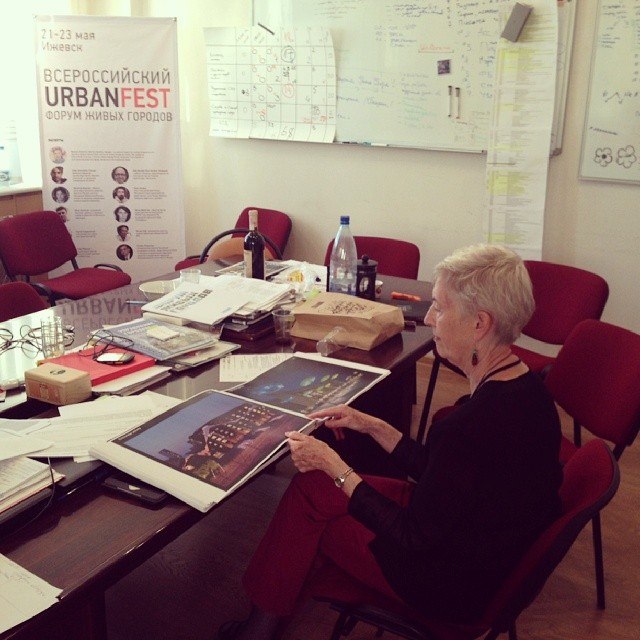 Marilyn Hamilton at Urbanfest in the Russian city of Izhevsk (May 18, 2014)

But before we are too hasty to lay blame at only the foot of one social entity, we must now re-visit the science of resilience and understand how it provides the context for all living systems to live sustainably on the planetary system as a whole.

While our United Nations have struggled for more than half a century for nations to negotiate their ethno-centric differences, it still struggles to present (let alone gain) any kind of a unified approach to global wellbeing. The human species still battles against itself for rights to resources that within a living system context must be superseded by responsibilities to life on the whole planet, which supports all life.

In an attempt to call forth such a world centric perspective, Integral City has aligned the intelligences, that cities need in order to live in service to global wellbeing, into a compass that points to the requisite but flexibly resonant Contexts, Individual, Collective, Strategic and Evolutionary capacities.

Paradoxically, in the world today cities need to be freed by nations to optimize life within each city (as a unique human system), while cities need to take the responsibility to serve global sustainability and resilience.

If nations wait too long to do this, inevitably the pressures that build up within their cities will become the triggers points that cause the tipping points for the very wellbeing of the nations themselves.

We have arrived at the stage of human evolution where, both individuals and nations need to “Ask not what your city can do for you. Ask what you can do for your city … and the planet of cities.”

Wilber, K. (2000). A Theory of Everything. Boston: Shambhala Publications Inc. 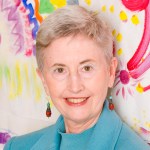 Marilyn uses living systems, complexity and integral lenses to work with Citizens, Business, Civil Society and Government Organizations to co-design thriving habitats for the human hive, that are as resilient for humans, as the beehive has been for bees. She dances with change at all scales, in Abbotsford, BC, Canada, where she practices as sister, wife and grandmother.